Despite an organization’s best efforts to protect their business applications, Wi-Fi and mobile infrastructures, no system is completely free of vulnerabilities. Penetration testing, otherwise known as pen tests, are a form of ethical hacking used to detect and evaluate the security of a network.

At Vaultes, our penetration testing division uses strategic hacker tactics in a controlled environment to determine if vulnerabilities exist before they can be exploited. If vulnerabilities are detected during a test, we make the organization aware to reduce the risk of future breaches and attacks. 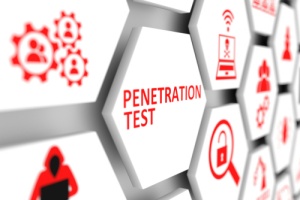 Penetration testing is an IT exercise in which a cyber-security expert attempts to find and exploit vulnerabilities that may exist in a computer system. By identifying weak spots in a system’s defense through a simulated attack, organizations can become aware of the ways hackers could obtain unauthorized access or perform another malicious activity that puts the company at risk for a breach or data theft.

Some of the most common vulnerabilities that we encounter include design errors, software bugs and configuration errors. All types of businesses can benefit from penetration testing, especially businesses in the financial sector like banks and stock trading exchanges.

The penetration testing process involves five basic steps. These steps include the following:

This is the act of gathering preliminary data on the target so that we can better plan the cyber attack. Reconnaissance also involves defining the scope of the test and choosing what testing methods are to be used.

During this phase of the process, the attack will interact with the target to identify vulnerabilities. This is typically achieved when the attacker sends probes to the target and records the target’s response to various inputs.

In phase three, the hacker takes control of one or multiple network devices to use that device to launch attacks or extract data.

Maintaining access allows the attacker to gather as much data as possible by remaining within the target environment.

Finally, the attacker must take the proper measures to remove all detection of his or her existence. The aim of this phase is to return the computer system to a normal state of non-recognition by network administers. 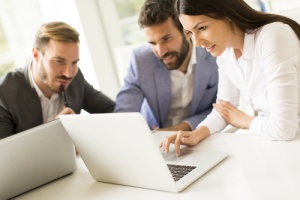 Stay ahead of the criminals by undergoing regular penetration testing on your systems and networks. Contact our cyber security team at Vaultes or call 202.816.6658 today to learn more about the process or to acquire penetration and vulnerability services.